The gross development value (GDV) of Eupe Corp Bhd’s current and future projects exceeds RM2.8bil, up from RM1.4bil in the financial year 2020 (FY20).

The real estate developer said its project development pipeline is now 100% bigger compared to pre-Covid-19 levels, paving the way for the group to return to strong financial growth.

Group managing director Datuk Beh Huck Lee said Eupe is emerging from the pandemic in good shape and well on the way to re-establishing its financial momentum.

“The pandemic-related delays to our Kuala Lumpur (KL) project launches during the previous financial year will continue to have an impact on the group’s results for the current financial year.

“However, the flow-on from Eupe delivering on its expanded project pipeline will start to be reflected in the group’s results in FY24, when revenue and pre-tax profit outcomes are expected to exceed those record levels achieved prior to the pandemic,” he said in a statement.

Beh said in addition to strategic land parcels being acquired in both KL and Sungai Petani, Kedah, the expanded GDV figure also reflects the launch late last year of Eupe’s third KL project, Est8@Seputeh, which is now close to a take-up rate of 85%, as well as the upcoming launch of its fourth KL project, Helix2@PJSouth.

Eupe’s project pipeline has been boosted in particular by a 1.95 ha land parcel in Belfield, approximately two kilometres from the KL city centre. The purchase was approved by shareholders at the group’s EGM yesterday.

The group plans to undertake a mixed residential and commercial development on the site which, with a GDV in excess of RM1bil, will be its biggest property project to date. 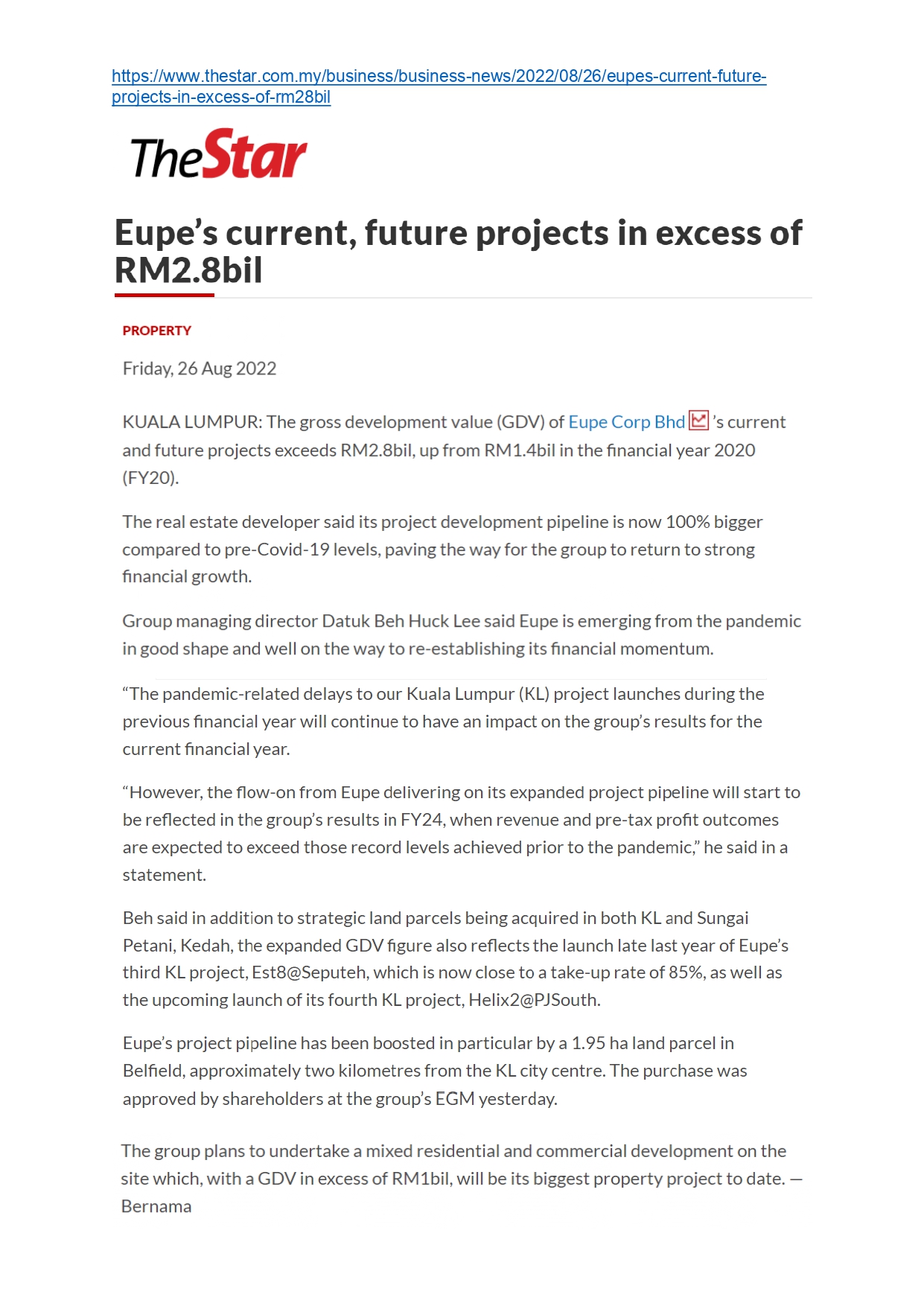